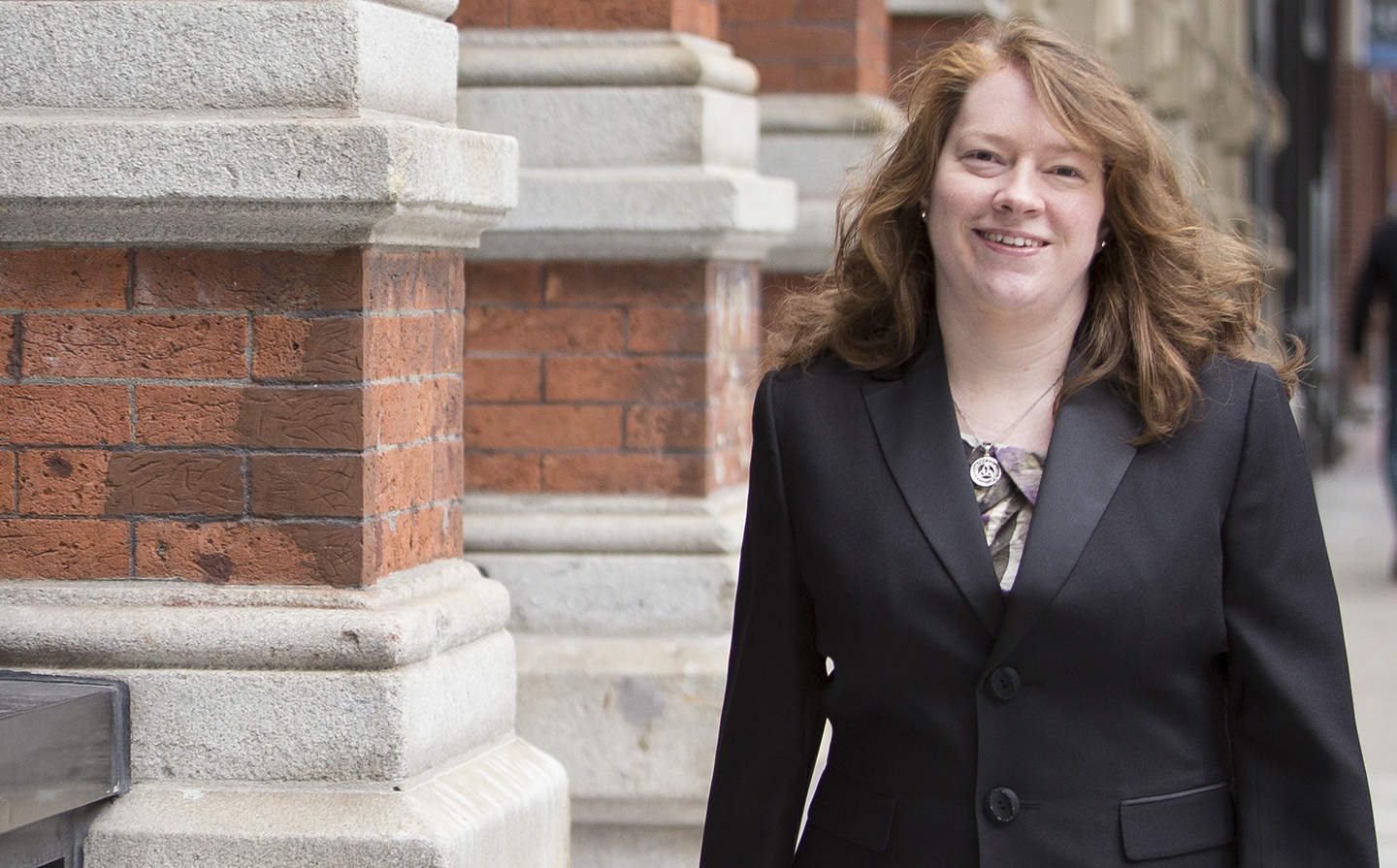 Megan Grew Pimentel is an experienced trial lawyer handling a variety of matters in both Massachusetts and New Hampshire including medical malpractice, dental malpractice, and general liability matters. Megan also focuses her practice on the representation of healthcare professionals and institutions before the various Boards of Registration that govern these professionals.

Megan has served on the faculty of the Massachusetts Medical Society’s continuing medical education courses. She has lectured and published on the topic of risk management in her areas of practice to both private clients as well as organizations such as Coverys, Crico, Tufts Medical Center, Brigham and Women’s Hospital, and Harvard Medical School. Megan serves as legal counsel to the Massachusetts Medical Society’s Legal Advisory Program and is an editor of its Newsletter.

Megan was named “The Top Lawyers of 2021” in Boston Magazine’s first ever Top Lawyers list. To compile this guide, lawyers were invited to nominate up to three of their peers in a select number of specialties. The top vote-getters in each specialty were then reviewed by an advisory board of select lawyers, chosen for their credentials and the high number of votes they received. The list of the best lawyers in the region—from corporate to criminal—as chosen by their peers. Since 2018, Megan has been selected, based on a vote of licensed attorneys in Massachusetts and a review by an independent blue ribbon panel, as a "Super Lawyer," a designation awarded to no more than 5% of the lawyers in Massachusetts and published annually in Boston Magazine and New England Super Lawyers. Previously, Megan was selected as a "Rising Star".  Megan was also selected for inclusion in the 2023 edition of "The Best Lawyers in America," based on a comprehensive peer review selection process.

In addition, Megan has authored the following articles for the Massachusetts Medical Society’s Legal Access Plan Newsletter, The Legal Advisor:

Recent successful results Megan has contributed to obtaining on behalf of her clients, and other experience, include the following:

In February 2020, Ellen Epstein Cohen and Megan Grew Pimentel were very gratified to obtain a defense verdict on behalf of all their clients in the highly publicized case of Justina Pelletier, et al. v. Boston Children’s Hospital, et al. The plaintiffs alleged that the defendants failed to properly diagnose and treat her complex condition, and that as a result she was subjected to a very lengthy hospitalization causing post-traumatic stress disorder and interference with the parent/child relationship, as well as violation of their civil rights related to the filing of a mandated report of suspected abuse or neglect. In addition to suing the Hospital, the plaintiffs brought claims against child and adolescent specialists in neurology, psychology and psychiatry, as well as a child abuse pediatrician. Further complicating the situation was the fact that the Suffolk County Juvenile Court ordered the Massachusetts Department of Children and Families (“DCF”) to take legal custody of the child and to direct her care and treatment, as well as visitation and contact with her family, throughout her hospital admission.

The plaintiffs intentionally created a media storm of attention at the time of the hospital treatment. At that time, the central dispute was whether the patient had mitochondrial disease and whether that was properly considered in her evaluation and treatment. By the time of trial seven years later, there was very little discussion about mitochondrial disease, and the focus had shifted to whether there had been a good faith basis to file a mandated report of suspected child abuse and neglect, a so called “51A report.” There was considerable testimony regarding the child’s clearly documented history of prior over-medicalization by numerous providers at different institutions over state lines for many years by her parents, and questions about medical child abuse. The testimony made clear, however, the reason the 51A report was filed was not based on a history of questioned abuse, but rather because of the very real and present risk of medical neglect that would have resulted from the parents’ attempt to remove the child from hospital level of care in the extremely dysfunctional and debilitated condition in which she had been brought to the Hospital.

A jury trial was held in the Suffolk Superior Court over the course of nearly six weeks from January 2020 through February 2020, during which supportive experts in mitochondrial disorders, child and adolescent psychiatry, and child abuse pediatrics testified on behalf of the defendants. The plaintiffs experts consisted of a philosopher/bioethicist, a forensic psychologist, a retired E.R. physician and one of the patient’s prior treating doctors. At the conclusion of trial, on February 19, 2020, after only 6 hours, the jury returned a verdict fully in favor of all defendants on all claims, finding that the plaintiffs had not proven any of their claims; that is, that none of the defendants had been negligent in their care and treatment of the minor patient and that they had not violated the civil rights of the plaintiffs.

The jury’s verdict firmly vindicated the very talented and dedicated team of providers at Boston Children’s Hospital, each of whom worked so hard during this long hospital admission for the best interest of their patient under extremely challenging circumstances and pressures. In addition, the verdict had broader significance with regard to its effect on the critical role of mandated reporters. This trial emphasized that those who work with children must file a 51A report if they have good faith basis to suspect child abuse or neglect (physical, sexual or medical abuse or neglect), and that the immunity conferred on them by statute for so filing will protect them from unfounded claims such as those asserted in this case.

If a provider has any question about when and whether to file a 51A report they are encouraged to consult with the Child Protective Team of their institution, their practice risk manager, or legal counsel. We are happy to advise healthcare providers in this regard.

Additional successful results Megan has obtained on behalf of her clients include the following:

Along with lead defense counsel, obtained a defense verdict in Barnstable County on behalf of primary care physician. The plaintiff alleged that the physician failed to timely teat a pulmonary embolism resulting in the patient’s death. The jury returned their finding that the physician had complied with the applicable standard of care and that nothing that she did or failed to do caused the patient’s death.

Assisted in obtaining defense verdict in Bristol County on behalf of an obstetrician and his practice group. The Plaintiffs alleged that the obstetrician failed to timely deliver the minor plaintiff resulting in severe and permanent neurologic injuries. The jury returned their verdict affirming that the obstetrician complied with the standard of care at all times during the management of the mother’s labor and delivery.

Obtained summary judgment for, and dismissal of all claims against, a urologist, in a medical malpractice case in which the Plaintiff alleged negligent performance of a vasectomy resulting in personal injury.

Obtained a defense verdict in Worcester County on behalf of a plastic surgeon. The plaintiff alleged negligent postoperative management following breast reduction surgery. The jury returned their finding that the surgeon had complied with the standard of care in his management of this patient.

Obtained a defense verdict on behalf of a commercial property owner in Suffolk Superior Court in a suit in which a patron suffered severe injury as a result of a fall on snow and ice.

Obtained dismissal of all claims against a defendant emergency room physician in a medical malpractice action.  The plaintiff alleged that the defendant was negligent in his care and treatment of a patient while a patient in the emergency room, resulting in severe and permanent injuries. The Superior Court allowed the defendant’s motion to dismiss based upon insufficient expert disclosure.

Assisted a physician to obtain dismissal of a Board Complaint alleging inappropriate prescribing to pregnant patient.