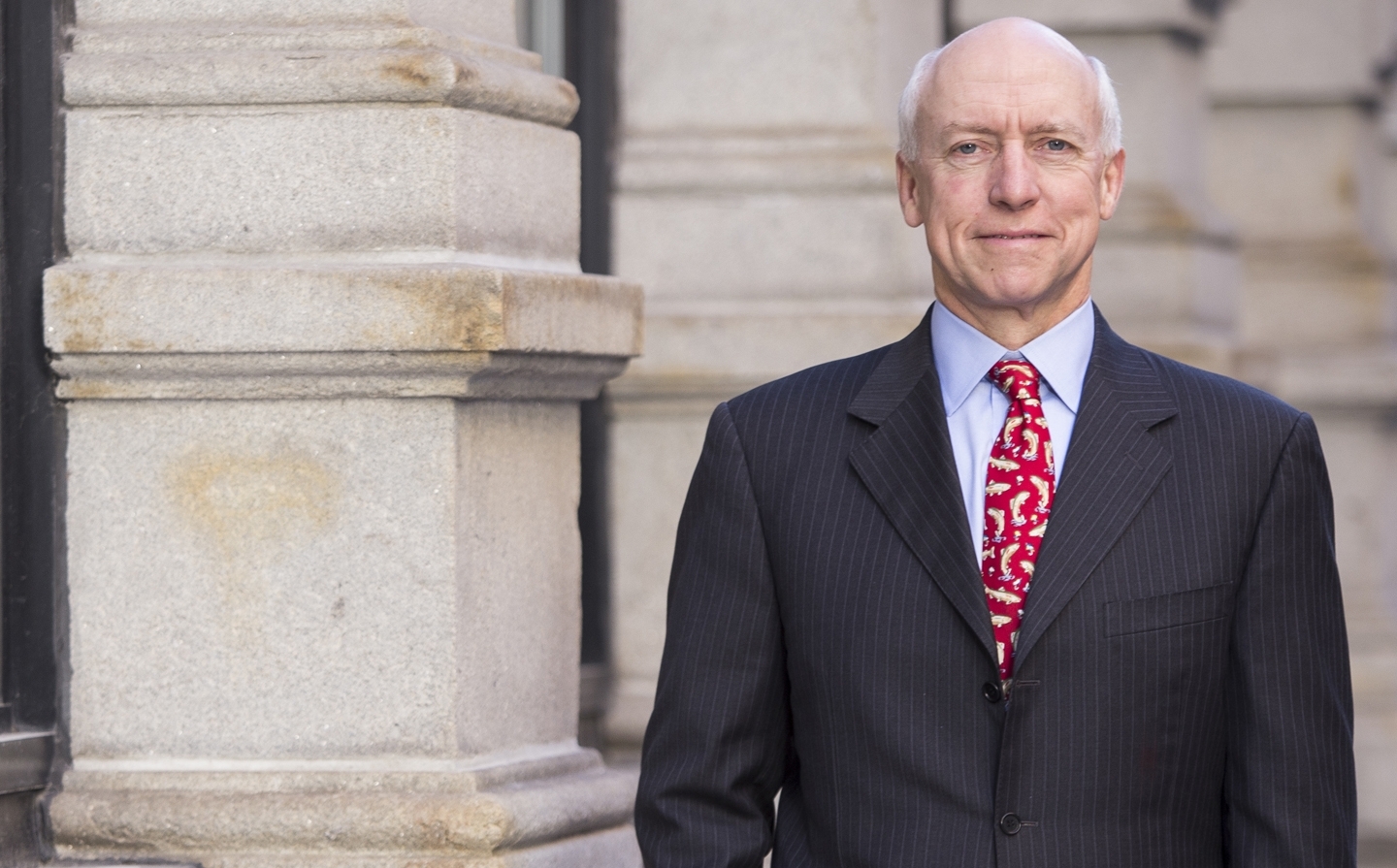 George E. Wakeman, Jr. retired from the practice of law in October 2019.  George was a highly regarded trial attorney in the field of medical malpractice defense.  He practiced for 38 years, the last 22 of which were spent as a Principal of Adler, Cohen, Harvey, Wakeman & Guekguezian, LLP.  George contributed tremendously to the firm, including serving as one of the firm's senior trial attorneys for many years, and establishing and developing the firm's Rhode Island practice, which was instrumental in growing the firm's regional presence.  The Partners wish George the very best in his retirement.

George's practice in Massachusetts and Rhode Island concentrated in medical malpractice, product liability, pharmaceutical and medical device liability, repetitive stress liability, and other general litigation areas. George’s practice also included representation of health care professionals before licensing and administrative boards.  He served as an arbitrator for the American Arbitration Association starting in 1984, an instructor for the Harvard Law School Trial Advocacy Program starting in 1988, and an instructor for the MCLE/NITA Trial Advocacy Program starting in 1992. George was also frequently asked to lecture at Grand Rounds at hospitals in Massachusetts and Rhode Island, individual physician's groups and insurance carriers, including presentations outside the United States. George also authored a number of articles on various legal issues and areas regarding medical issues.

Representative successful results obtained on behalf of George’s clients include the following:

Obtained a defense verdict on behalf of general surgeon in a case alleging significant personal injuries following a cervical lymph node biopsy and resulting cervical nerve injury. The case was tried in Plymouth Superior Court. The plaintiff alleged that the defendant negligently injured the cervical nerve during the biopsy resulting in pain, limitations on use of the right (major) arm and disfigurement. Plaintiff presented an expert in surgery from a major academic center in NY. The defense presented experts in general surgery and neurology from Tufts. After 5 days of trial, the jury returned a verdict in 35 minutes in favor of the defendant surgeon.

Obtained a judgment as a matter of law at the close of plaintiff’s evidence in favor of a major teaching hospital in Providence, RI. The suit was brought by a plaintiff who claimed that she fell in or near a mulch bed on the premises of the hospital, injuring her right hand, head, and right shoulder. The plaintiff argued that the hospital negligently maintained its premises, and she had no alternative other than walking through the mulch bed. The defense was able to demonstrate on cross-examination that the plaintiff could not identify what caused her to fall and by extension, how long the condition has existed. After two days of trial in the Providence Superior Court before Judge Procaccini, Attorneys Wakeman and Feeney were successful in obtaining a judgment as a matter of law and plaintiff’s complaint was dismissed.

Obtained a defense verdict on behalf of three radiologists in a case alleging wrongful death from a late diagnosis of invasive lobular breast cancer.  The case was tried in Salem Superior Court.  The plaintiff alleged that the three radiologists, all senior physicians at the major Boston teaching hospital, had failed to identify an abnormality in mammograms and specialty views in 2003, 2004 and 2005, resulting in the cancer having progressed to Stage IV with multiple sites of distant metastatic spread in 2006. Plaintiffs presented experts in radiology and medical oncology from major academic centers in NY, and the defense presented similar experts from Harvard and Tufts academic centers. The decedent lived for three years following her diagnosis but died at age 51, leaving a 15 year old son and husband, both of whom testified at trial. After 8 days of trial, the jury returned a verdict in 38 minutes in favor of all three radiologists.

Obtained a defense verdict on behalf of a cardiothoracic surgeon in a case alleging wrongful death after heart surgery. The case was tried in Suffolk Superior Court.  The plaintiff alleged that the defendant's management and treatment of a patient who was three days post-op from open heart by-pass surgery and developed a collapsed lung requiring insertion of a chest tube was negligent. During the insertion of the chest tube, the patient arrested and died despite vigorous efforts to restart his heart, including open cardiac massage. After 7 days of trial, the jury returned a verdict in 48 minutes in favor of the defendant cardiothoracic surgeon.