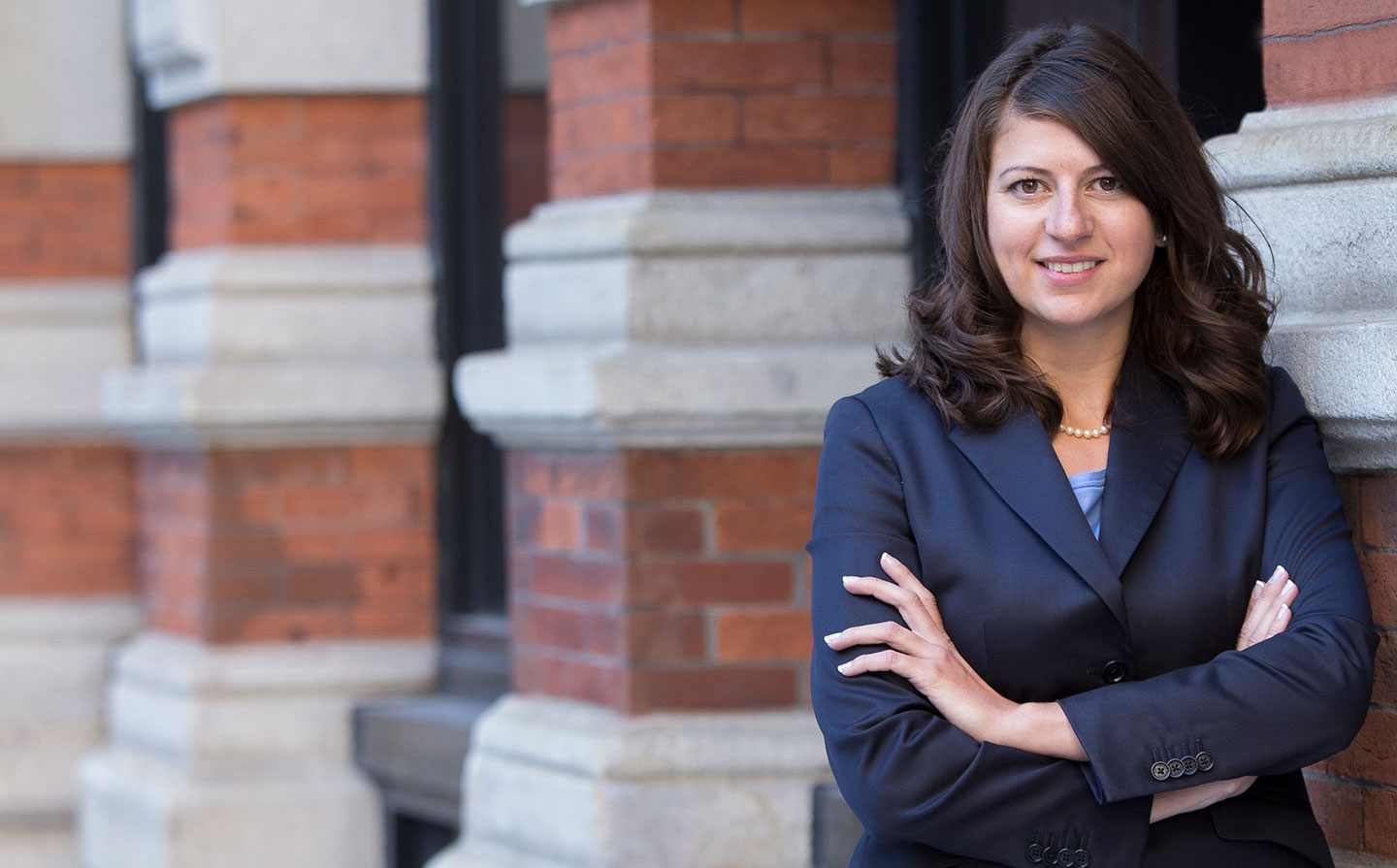 Cassandra Feeney is a civil litigator, representing clients in a variety of matters in both state and federal courts in Rhode Island and Massachusetts, as well as before administrative and licensing boards.  Cassandra specializes her practice in medical-malpractice defense, premises liability, toxic-tort claims, employment law, and education law.  Cassandra’s employment practice includes counseling clients on day-to-day aspects of the employment relationship, and she has practiced before administrative agencies, including the Rhode Island Commission for Human Rights, in claims involving employment disputes, such as discrimination, retaliation, and wrongful termination.  Cassandra’s education practice includes advocating for her clients in all aspects of education law in Rhode Island and Massachusetts, including determining eligibility for services and evaluations, Section 504 meetings, IEP meetings, mediations, settlement negotiations, and administrative proceedings.

In addition, Cassandra coordinates the firm's pro bono work through the Roger Williams University School of Law's Pro Bono Collaborative and handles claims under the Americans with Disabilities Acts, Section 504 of the Rehabilitation Act, and the Individuals with Disabilities Education Act.

Recent successful results Cassandra has contributed to obtaining on behalf of her clients include the following:

Argued in Providence Superior Court and won a Motion for Summary Judgment on behalf of a radiation oncologist, dismissing all claims in a medical malpractice case where the plaintiff alleged the doctor negligently provided radiation treatment, causing permanent injuries including radiation enteritis and optic neuritis (vision loss) in her right eye.  Plaintiff further alleged that she received excessive radiation.

Served as second chair to Attorney Jennifer Herlihy for a three-week jury trial, resulting in the successful defense of a neurological surgeon in a medical malpractice action tried in the Providence County Superior Court. The plaintiff alleged there was a delay in diagnosis of a spinal infection. The jury returned a verdict on behalf of the neurological surgeon that there was no negligence in his care and treatment of the patient.

Successfully argued for a judgment as a matter of law on behalf of a hospital defendant, resulting in dismissal of all claims against the defendant during a jury trial in the Rhode Island Superior Court.

Successfully recovered over one-million dollars for an insurance company pursuant to breach of contract and an indemnification provision of an employment contract.  The underlying matter related to medical-malpractice action alleging wrongful death.

Successfully obtained dismissal of all claims against a hospital, a specialized practice group, and a urological surgeon relating to an allegation of negligent care and treatment in connection with a radical retropubic prostatectomy.

Successfully obtained summary judgment in a medical-malpractice case alleging negligent care and treatment following surgery.  The plaintiff could not prove the defendant breached the standard of care or was a causal factor with regard to its treatment as required by law.

Successfully obtained dismissal of all claims in multiple cases filed before the United States District Court for the District of Rhode Island and the Rhode Island Superior Court on behalf of large product manufacturers involved in toxic-tort litigation.

Recent speaking engagements include the following:

On December 12, 2019, Cassandra Feeney joins as a faculty member of the National Business Institute’s “Rhode Island Special Education Law” seminar. The seminar focuses on Section 504 documentation, the Individuals with Disabilities Education Act (IDEA), disciplinary actions, due process procedures, and the rights of children with special needs.

On June 14, 2019, Cassandra Feeney co-presented at the 2019 Annual Meeting of the Rhode Island Bar Association on “Developing a Plan for Lawyer Well-Being.” The presentation included a discussion on developing a meaningful program for lawyer wellbeing in light of the recent publication by the American Bar Association’s National Task Force Report on Lawyer Wellbeing.

On March 14, 2019, at the invitation of the Rhode Island Bar Association, Cassandra Feeney co-hosted a CLE entitled “Re-Charge: Keep Your Battery at 100%,” focusing on various stress management techniques for lawyers to integrate to be more present, focused, and balanced, while enhancing effectiveness, efficiency, and resilience in responding to the challenges and demands of a busy and fast-paced career.

On May 22, 2017, Cassandra Feeney co-presented a workshop on Special Education Law by invitation of the “Lawyers in the Library” series hosted by the Providence Public Library and in connection with the Roger Williams School of Law Pro Bono Collaborative.  More information on the program is available here.

On April 20, 2017,  Cassandra Feeney presented a CLE on Special Education Law by invitation of the Rhode Island Bar Association’s Government Lawyers Committee at the Rhode Island Bar Association headquarters.  This CLE provided an overview of special education law, and prepared participants to advocate on behalf of families with students receiving special education services as well as understand the responsibilities from the perspective of the school district.

On March 30, 2017, Cassandra Feeney moderated a panel featuring the Honorable Patricia A. Sullivan, United States Magistrate Judge, United States District Court for the District of Rhode Island, as well as Eliza Vorenberg, J.D., Director, Pro Bono Collaborative, RWU Law; Suzanne Harrington-Steppen, Associate Director, Pro Bono Programs, RWU Law; and Stephen M. Prignano, Partner, McIntyre Tate, LLP, entitled, “What’s in it for Me?: Ethics of Pro Bono Practice and Why You Should Get Involved” by invitation of the Young Lawyers Committee for the Rhode Island Chapter of the Federal Bar Association.

On June 9, 2016, Cassandra Feeney co-presented a workshop, entitled "Special Education Rights - An Overview for Parents," by invitation at Bradley Hospital and in connection with in the Roger Williams School of Law Pro Bono Collaborative Special Education Project.

On December 3, 2015, Cassandra participated in the presentation of a Mock Trial to the Kent Hospital Emergency Department.