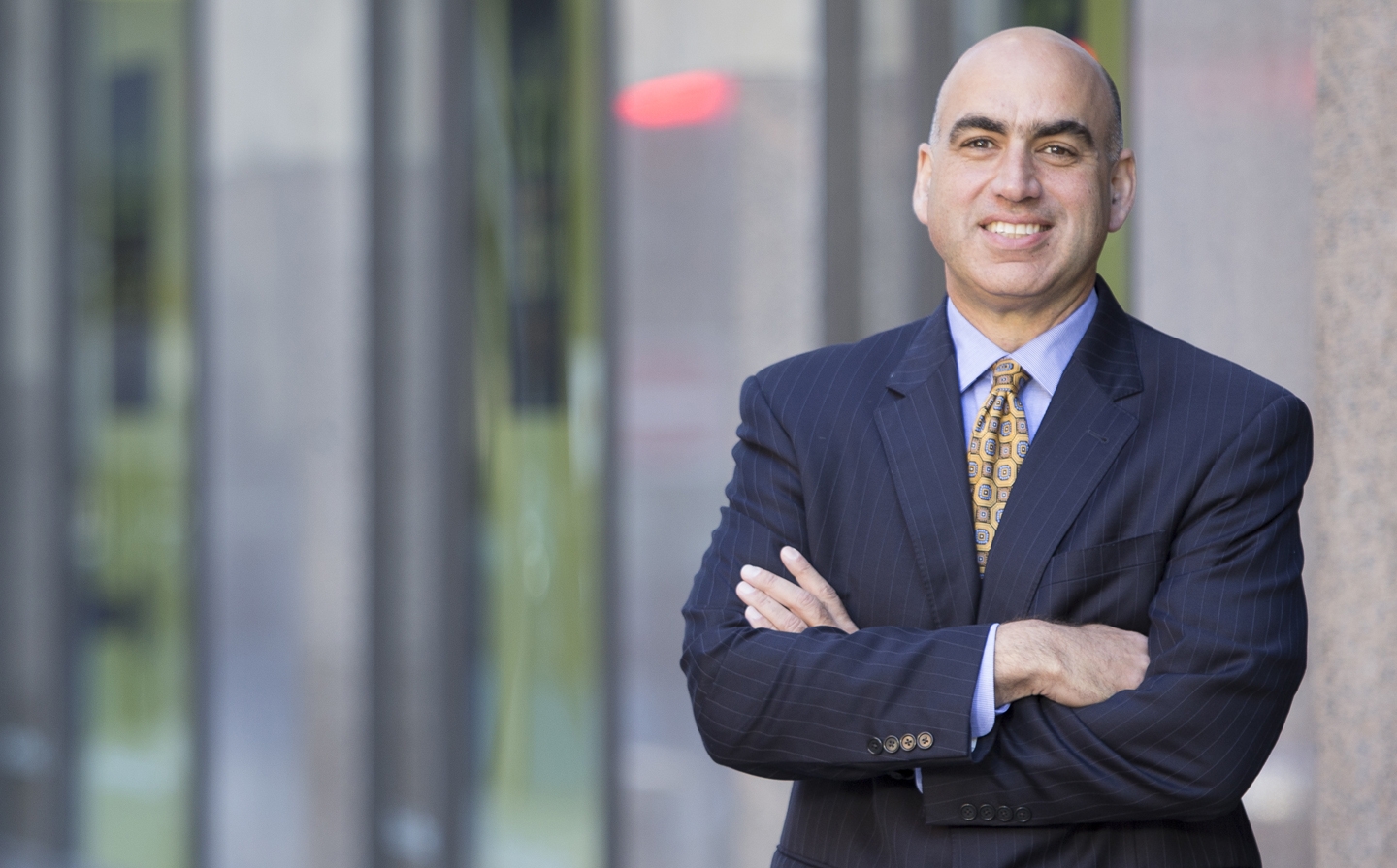 A. Bernard Guekguezian is a highly experienced trial attorney who has obtained winning jury verdicts in dozens of trials involving claims of death or catastrophic injury throughout the trial courts of Massachusetts. He concentrates in medical malpractice, product liability, toxic torts, and personal injury. Bernie is National Coordinating Counsel for a company in the asbestos litigation, and counsel in Massachusetts and Rhode Island to a number of other national companies in the asbestos litigation. He is also trial counsel in the Northeast for a national company in product liability litigation. Bernie has also obtained multimillions of dollars in settlements on behalf of individuals who have suffered personal injury. Bernie has served as trial counsel in cases venued in Massachusetts, Rhode Island, New Hampshire, Connecticut, Maine, New York, Pennsylvania, and Hawaii.

Bernie has also served as an instructor for MCLE training programs in trial advocacy. He has also been an invited speaker to a number of attorney groups on issues related to trial advocacy and strategy.

In September 2019, Bernie was inducted as a Fellow of the American College of Trial Lawyers. Founded in 1950, the College is composed of the best of the trial bar from the United States and Canada. Fellowship in the College is extended by invitation only and only after careful investigation, to those experienced trial lawyers of diverse backgrounds, who have mastered the art of advocacy and whose professional careers have been marked by the highest standards of ethical conduct, professionalism, civility and collegiality. Membership in the College cannot exceed one percent of the total lawyer population for any state or province.

Bernie was selected as a Lawyer of the Year in Massachusetts for 2021 by U.S. News and World Report. This distinction is awarded to individual lawyers with the highest overall peer feedback for a specific practice area and geographic region. The annual Best Lawyers list, as published by U.S. News and World Report, is assembled based on an extensive peer review selection process that includes the collection of client and lawyer evaluations, peer review from leading attorneys, and independent verification.

Attorney Guekguezian also serves as a mediator in matters regarding personal injury.

Bernie is married to Amy Simon, a Critical Care Physician, Associate Professor at Tufts School of Medicine and Chief Medical Officer at Beam Therapeutics. They have three children, Lee, David, and Jonny.

Recent representative successful results obtained on behalf of Bernie’s clients include the following:

Obtained a defense verdict in a Suffolk Superior Court jury trial on behalf of an ER physician facing claims that his negligence led to quadriplegia in a young married man.

Obtained a defense verdict in a Norfolk Superior Court jury trial on behalf of an emergency room physician against claims that his negligence caused the death of a 16 year old girl. The plaintiff, the decedent’s mother who brought claims for the loss of her only child, alleged that the physician failed to recognize and treat signs and symptoms of pneumonia in the emergency room and was negligent for discharging the child with a diagnosis of "viral syndrome."  The child returned to the ER 3 days later with advanced pneumonia and sepsis.  She had a difficult subsequent five week hospital course and, ultimately, passed away.  One of the plaintiff's medical experts was an attending Infectious Disease physician at a large academic hospital in Boston and a full Professor at a highly regarded Boston medical school.  The jury returned its verdict after two hours of deliberations.

Obtained, after 7 days of trial, dismissal of all claims against a building supply company in a Middlesex Superior Court jury trial alleging that the company’s negligence led the 52 year old plaintiff to contract mesothelioma, a cancer of the lung.

Obtained a defense verdict in a Bristol Superior Court jury trial on behalf of an Obstetrician facing claims that her negligence caused severe neurologic injury in a newborn.

Obtained a defense verdict in a Norfolk Superior Court jury trial on behalf of an anesthesiologist facing claims that his negligence led to the death of a young law enforcement officer during routine surgery.  The decedent’s minor two children brought claims for the loss of their sole parent.

Obtained a defense verdict in a Suffolk Superior Court jury trial on behalf of two neonatologists facing claims that their negligence led to the death of an infant.

Obtained a defense verdict in a Suffolk Superior Court jury trial on behalf of an internist facing claims that his negligence caused the 42 year old plaintiff to contract cancer that would take his life. The plaintiff's treating oncologist from Beth Israel Hospital testified on behalf of the plaintiff on the issues of standard of care and causation.

Obtained, after 8 days of trial in Essex County, dismissal of all claims against an anesthesiologist facing claims that his negligence caused the plaintiff's paraplegia